I first read Lao Tzu some 30 years ago and have always remembered the lines “Those who know do not talk; those who talk do not know.” I have quoted them regularly in meetings but have never lived up to them.

I thought it was time to read him again, and I searched for my old copy–but couldn’t find it. I’m surrounded by books but can rarely find a book I want to reread. I have to buy new copies. I suppose that it was that common experience that led people like Dewey to invent a way of classifying books. I’m too lazy to organise my books, and, indeed, I have sinister piles growing around me–despite reading most books on my Kindle, where I can find them and quotes within them (great arguments for e-books).

Anyway I bought the latest version, a translation by D C Lau, a professor of Chinese rather than a poet. (I bought a paper copy as I always do with poetry–because the layout on the page matters as it does not usually with prose.) Lau is somewhat dismissive of translations that concentrate on the poetry rather than the strict meaning, but I wished that I was reading one of them (and perhaps I will one day).

I read the introduction, where Lau says that he doubts that Lao Tzu was one person. There were at the time of the Warring States many scholars and many different philosophies. Lao Tzu, which is used to refer to both the poet and the work (also called the Tao Te Ching), is the work of many poets and incorporates philosophies that contradict each other. Nevertheless, the emphasis is on submissiveness, the weak, being like water rather than steel, freeing yourself from desire, the bent, not talking, not going against nature, and not taking action: these ideas are the essence of Taoism.

I’ve taken many quotes from the poem (below), and as I read it I thought often of T S Eliot. I know that Ezra Pound, the editor of The Wasteland, translated Chinese poets, but don’t know whether Eliot was influenced by Lao Tzu. I should find out.

(Things to find out are treasure, and I don’t think that Google making it much easier is a bad thing. Although I may be wrong: when I read of people spending years travelling to track down old manuscripts, artefacts, places, and people I share their excitement. Finding something on Google doesn’t have the same impact.)

The weak, the submissive, the bent, these are the important concepts in the Lao Tzu because these are the qualities the tao exhibits.

In the Lao Tzu the aim is rather to avoid an untimely death through the adoption of submissiveness as a principle of conduct than the prolonging of life beyond the natural limit by artificial practices popular with the seekers after immortality.

There is no crime greater than having too many desires;

There is no disaster greater than not being content;

There is no misfortune greater than being covetous.

To think that one can improve on nature by one’s petty cleverness is profanity.

Desiring to rule over the people,

One must, in one’s words, humble oneself before them:

And desiring to lead the people,

Take away the high, and there will no longer be the low.

Take away death, and there will no longer be life.

When the distinction between life and death is abolished, death is no longer something to be feared.

One can know the whole world;

Without looking out the window

One can see the way of heaven.

The further one goes

The less one knows.

Much speech leads inevitably to silence

Better to hold fast to the void.

The gateway of the mysterious female

Is called the root of heaven and earth.

To retire when the task is accomplished

Is the way of heaven.

Knead clay in order to make a vessel. Adapt the nothing therein to the purpose in hand, and you will have the use of the vessel.

A man of the highest virtue does not keep to virtue and that is why he has virtue.

The way that leads forward seems to lead backward.

There is no crime greater than having too many desires.

One who knows does not speak; one who speaks does not know.

The reason why the people are difficult to govern is that they are too clever.

Through compassion, one will triumph in attack and be impregnable in defence. What heaven succours it protects with the gift of compassion.

To know yet to think one does not know is best;

Not to know yet to think that one knows will lead to difficulty.

The sage does not hoard,

Having bestowed all he has on others, he has yet more;

Having given all he has to others, he is richer still. 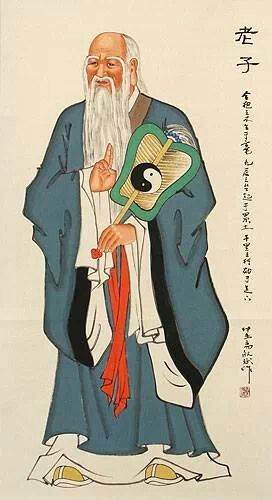